4.1 Members of the Executive Committee 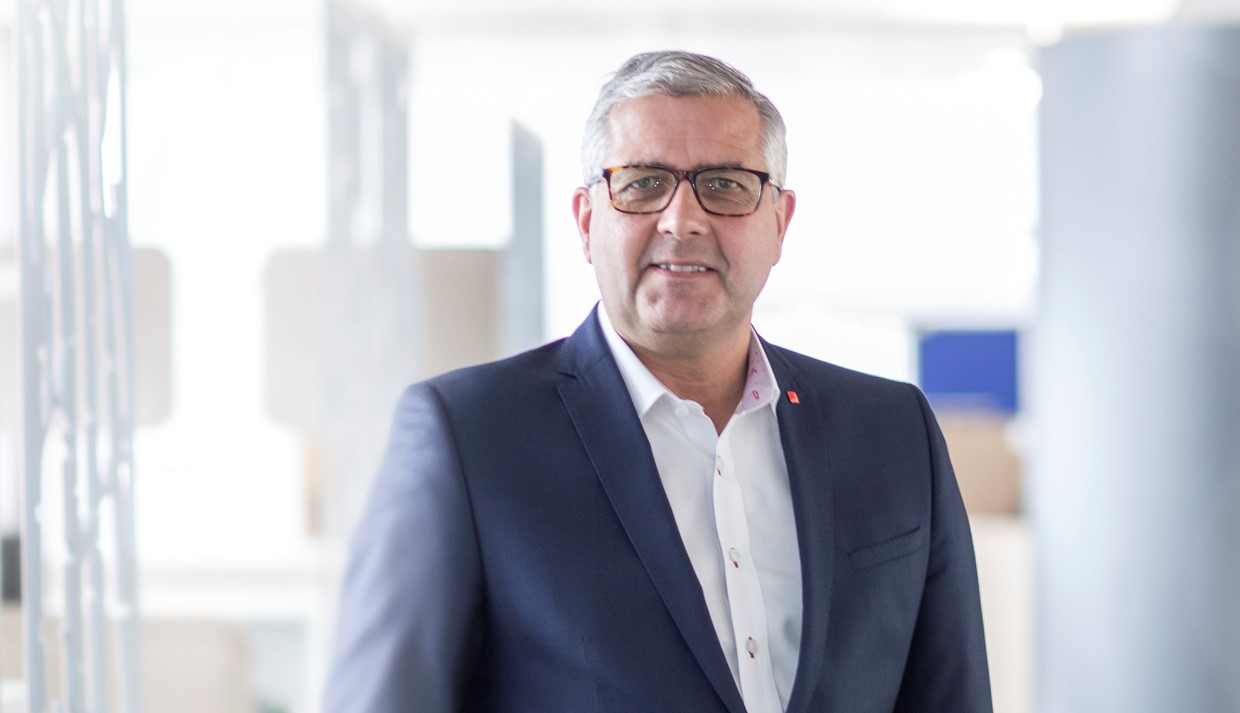 Automotive engineer HTL, MBA, born in 1967, a Swiss national. From 2010 until joining Bystronic, Alex Waser managed the majority of European markets for Ecolab, a US provider of systems solutions for the food industry, working from Ecolab’s European headquarters at Ecolab Europe GmbH, Wallisellen. Between 1994 and 2010, he worked for the SPX Group, a company that offers workshop equipment and diagnostic systems for the automotive industry worldwide. During this time, he performed a number of management functions in Europe and in the United States, including most recently as President of Service Solutions responsible for the Europe, Middle East, and Africa regions at SPX Europe GmbH, Hainburg, Germany. 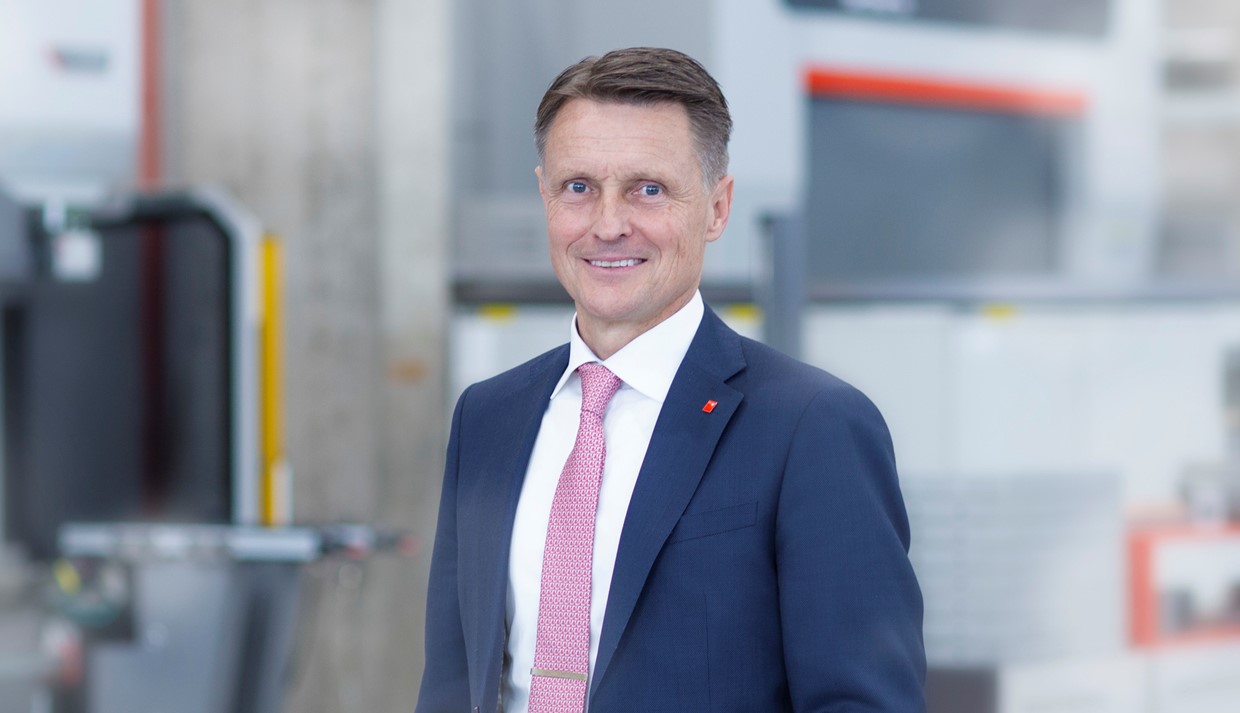 Dipl.-Ing. ETH (mechanical engineering), born in 1964, a Norwegian national. Johan Elster is responsible for all European Group entities. In addition, he holds the position of Chief Sales Officer, responsible for global sales. Johan Elster joined Bystronic in October 1996 as Managing Director of Bystronic Scandinavia. From 2007 to 2008, he was Head of Market Region Northern Europe and from 2009 to 2012, President of Market Division NAFTA and Europe North. Between 2013 and 2020, he was President of Business Unit Markets, responsible for all markets except China. Prior to joining Bystronic, Johan Elster was a Commissioning and Start-up Manager at Ems Inventa AG. Johan Elster has more than 25 years of sales and service experience in the sheet metal industry. 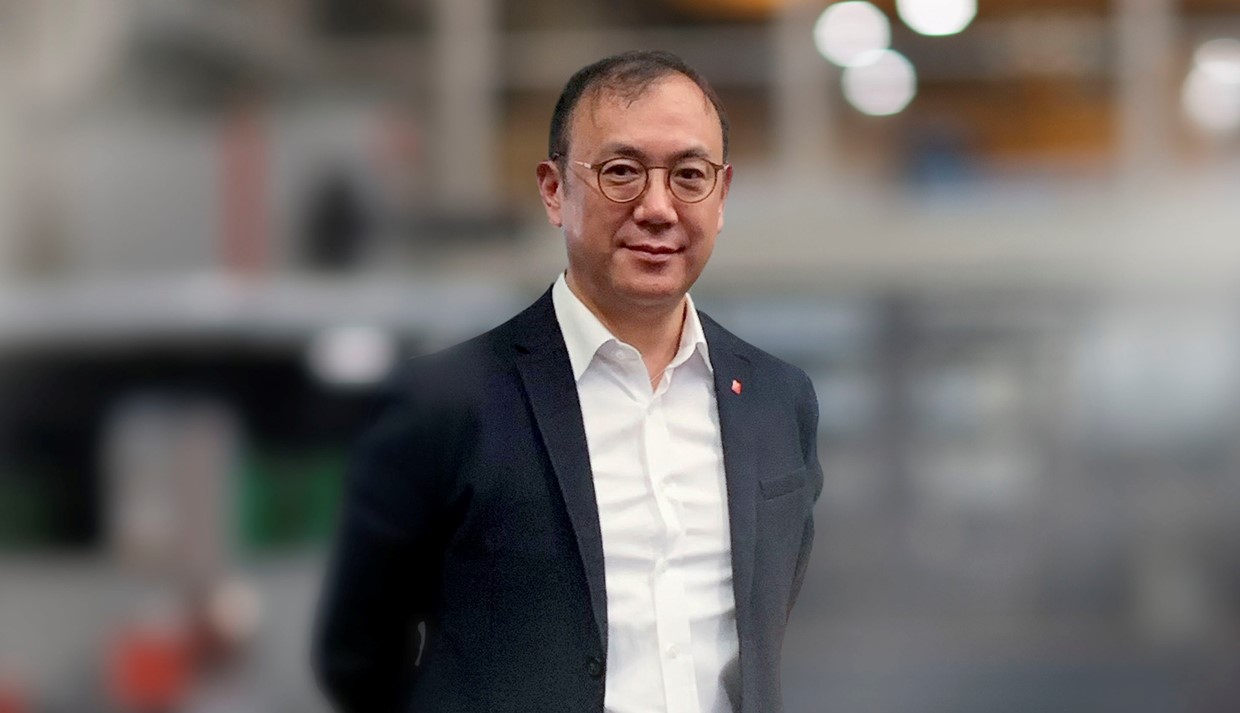 Master’s degree in electrical engineering and communications technology, born in 1964, a German national. Norbert Seo joined Bystronic in January 2015 as Senior Vice President of Market Division Asia & Australia. He is responsible for the expansion of Bystronic’s activities in the Asia and Pacific region with the objective of increasing Bystronic’s customer proximity in Asia and increasing the expertise of the sales and service organization in the region. Prior to joining Bystronic, he was President of FFG Asia Pacific. Norbert Seo has 24 years of experience in the machine tools sector and held various management positions in Asia with Hwacheon and DMG. 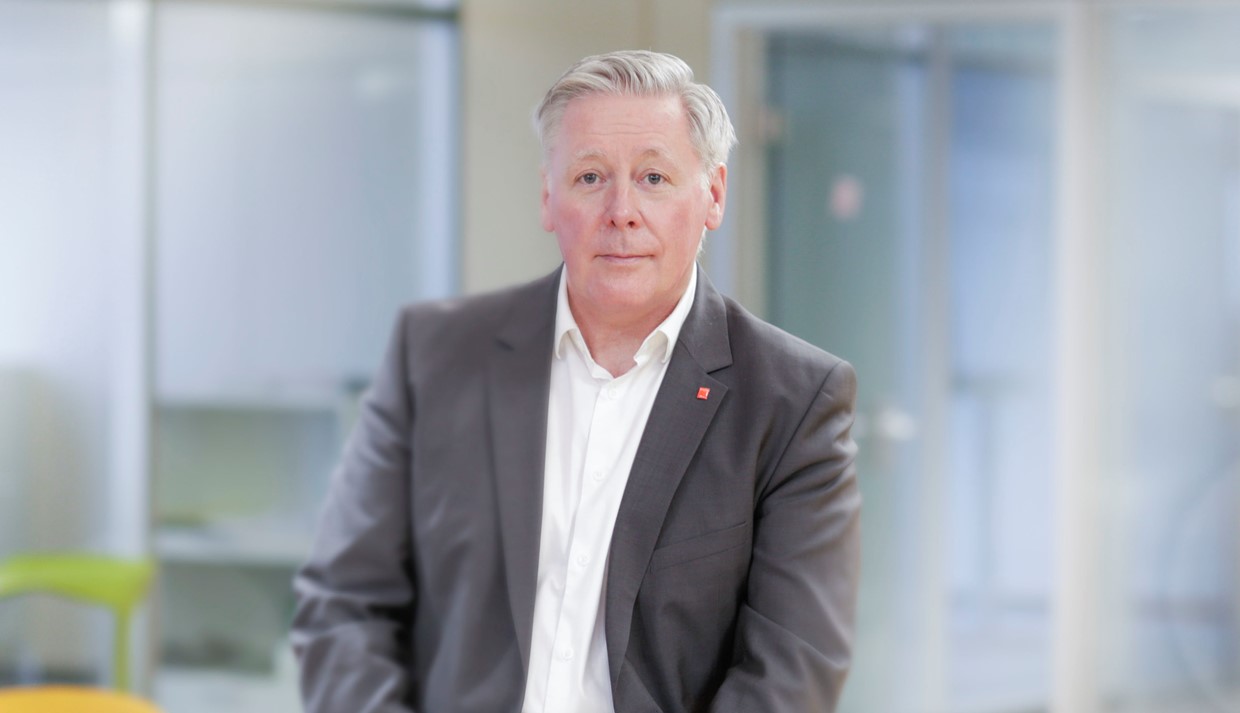 Degrees in business administration, born in 1968, an Irish national. Eamon Doherty assumed the role of Chief Service Officer with responsibility for the Services business unit on January 1, 2021. This role covers commercial aspects including customer satisfaction and improvements across all technologies. Joining Bystronic in 2016, he took over the responsibility for commercial excellence, supporting the organization on its journey towards world-class service. From 1994 to 2016, he worked for Ecolab Inc., a global organization that develops and offers services, technology, and systems for the chemical industry. During this time, he held various management positions, most recently as Vice President of North & Western Europe. 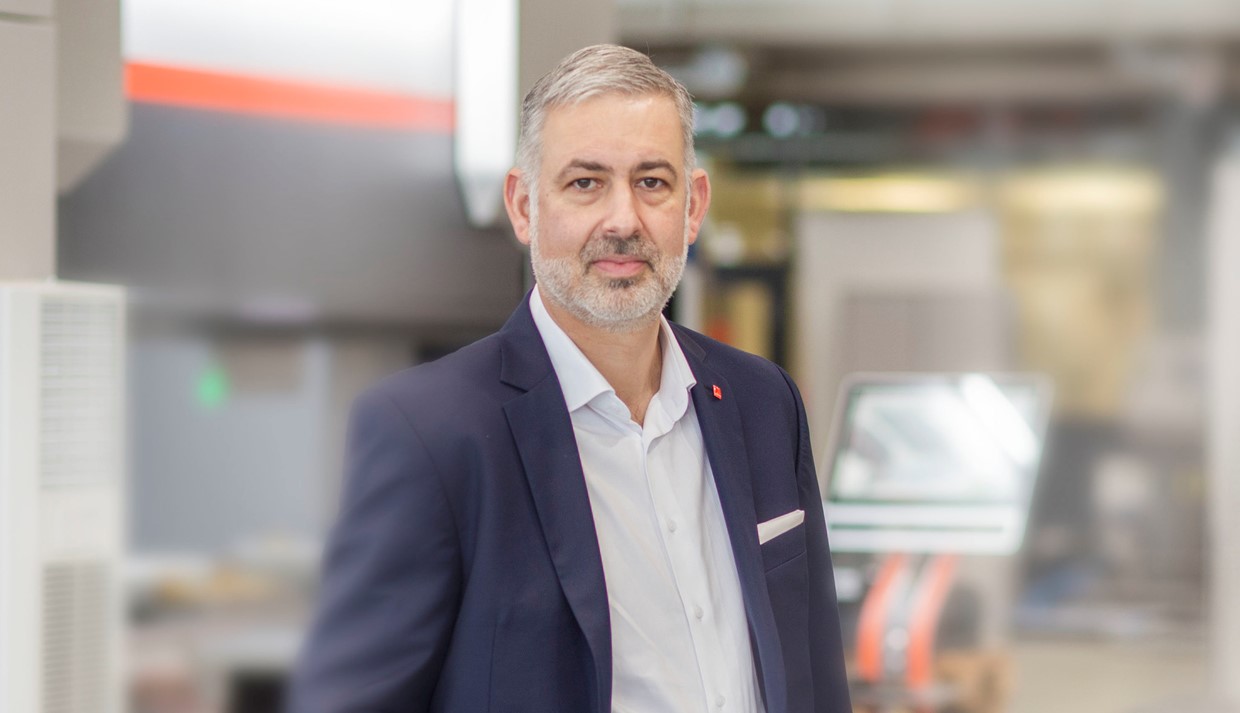 Business economist HWV / Certified Management Accountant (CMA), born 1970, a Swiss national. Beat Neukom joined Bystronic as Chief Financial Officer in May 2021, also taking over the responsibility for the global IT organization in January 2022. Prior to joining Bystronic, he worked for the Merz Pharma Group, Germany, where he was group CFO from 2014 to 2021, responsible for finance, IT, and strategic sourcing. In addition, he was responsible for Merz Pharma’s commercial operations in Latin America. Previously, Beat Neukom was CFO of two start-up companies in the life sciences industry, one of which he co-founded. From 1997 to 2008, he worked for the medical technology company Johnson & Johnson in Switzerland, the Netherlands, and the US. 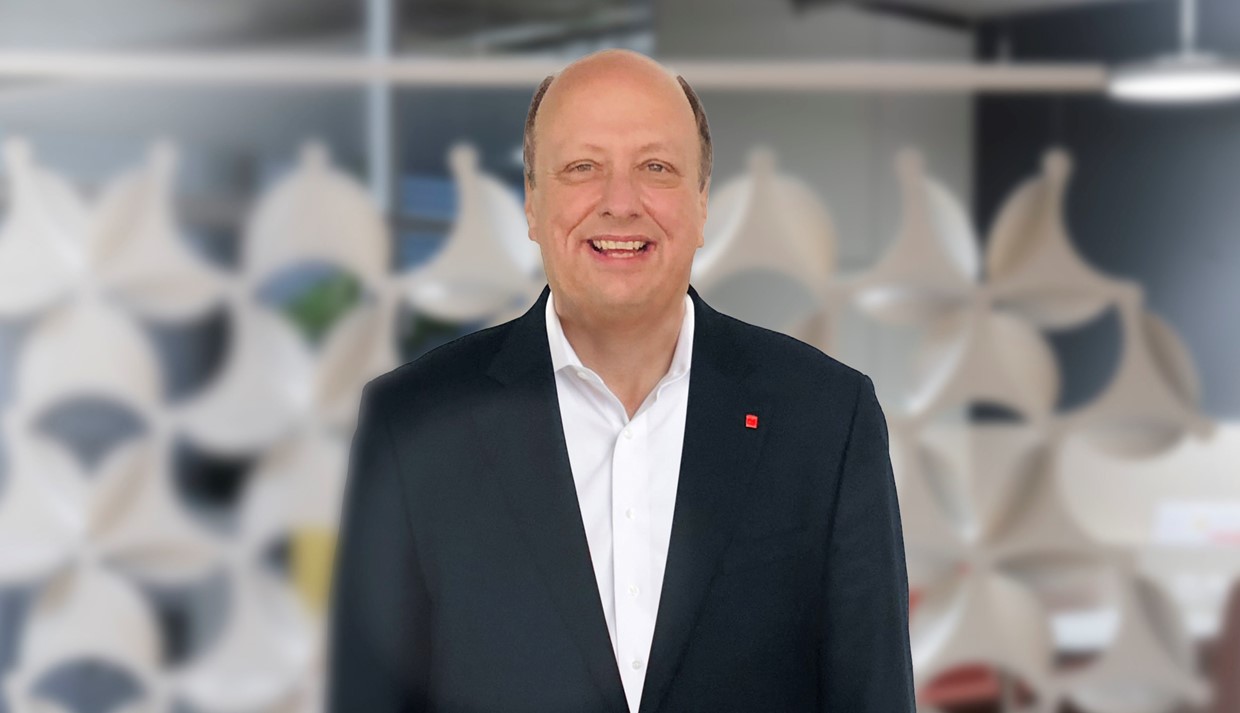 Bachelor of business in marketing, MBA, born in 1956, a US national. Robert St. Aubin has been responsible for the Market Region Americas since January 2013. In this position, he is responsible for the sales and service subsidiaries as well as the manufacturing subsidiary in the North and South American market. He joined Bystronic in September 2010 as Managing Director of Bystronic Incorporated in the United States. His entire more than 30-year career has revolved around the sheet metal industry, starting with the sale of bending machines and then transitioning to laser cutting systems more than 25 years ago. Prior to joining Bystronic, he held a number of positions within the industry including VP of sales and marketing for a major machine tool company. 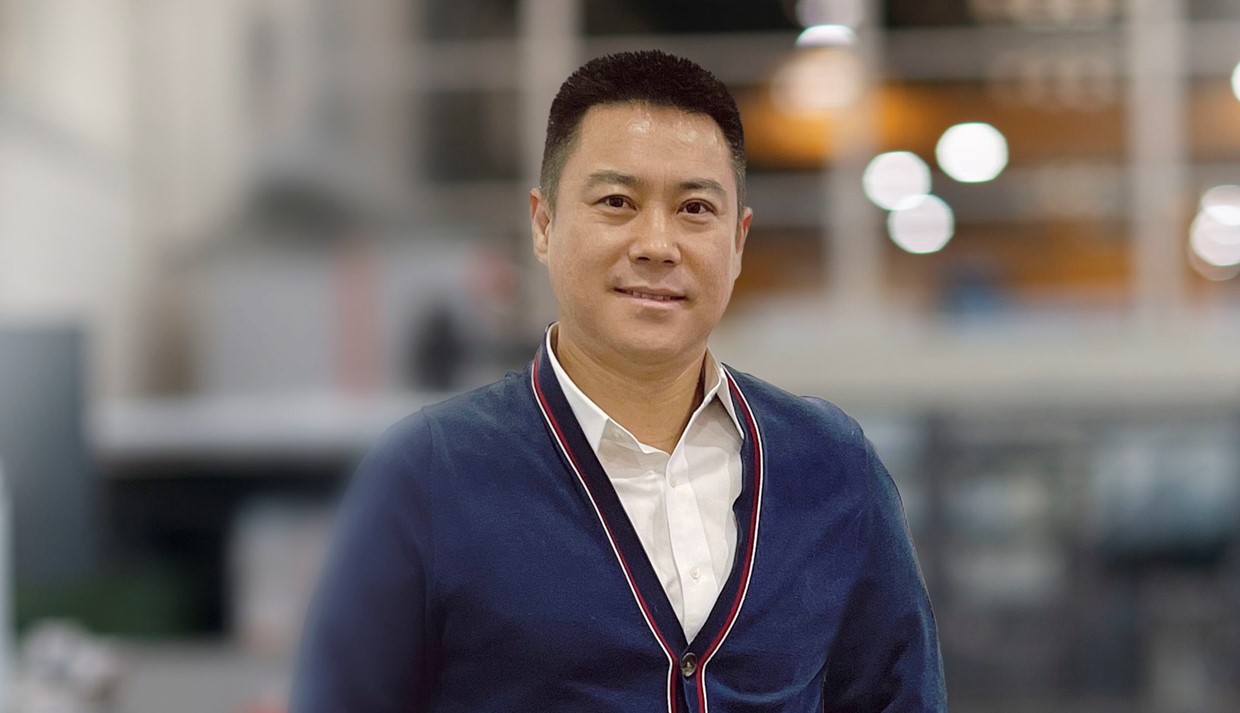 Doctorate in robotics and automation, MBA, born in 1970, a US national. Dr. Song You joined Bystronic in March 2016 as Representative Director and President of Bystronic China. Since then, his responsibilities have included sales, services, marketing, R&D, business development, and production in China. Prior to joining Bystronic, Dr. Song You held various management positions with the Delphi Corporation and the SPX Corporation in the US and China, most recently as Vice President of the SPX Corporation in charge of the Asia Pacific region. He has an outstanding track record with responsibilities ranging from engineering and R&D to operations, and from sales and markets to general management functions.

4.2 Members of the Extended Executive Committee 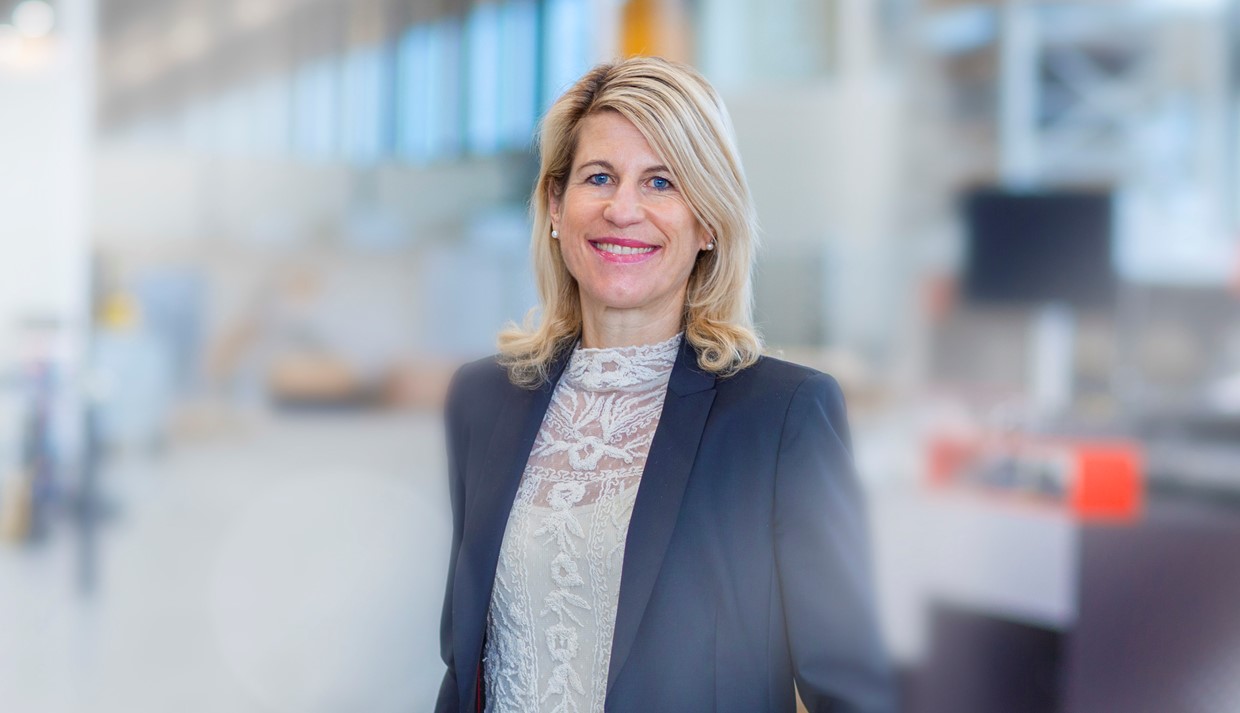 MSc in business and economics, University of Bern, born in 1972, a Swiss national. Nicole Progin was appointed Chief Human Resources Officer in May 2013. Prior to joining Bystronic, she held various senior HR positions in industries such as logistics automation, healthcare, and IT, most recently as Head of HR in charge of Switzerland and EMEA at Swisslog AG in Buchs, Switzerland. She has more than 20 years of experience in strategic and operational human resources management.

Computer engineer (University of Deusto), MBA (IESE Business School), born in 1971, a Spanish national. Alberto Martinez has headed the Competence Center Software Services since September 2018 and the Solutions Center since August 2020. From August 2020 until December 2021 he has also been responsible for the Global IT organization. As Chief Digital Officer (CDO), he drives forward the implementation of Bystronic’s Smart Factory vision. Prior to joining Bystronic, Alberto Martinez worked as a software engineer for Lantek, from 1999 as Chief Technical Officer (CTO) and from 2004 to 2018 as CEO. He has profound knowledge of the sheet metal processing industry and more than 25 years of experience in the field of software. Effective as of January 1, 2022, Alberto Martinez was appointed as a member of the Executive Committee. 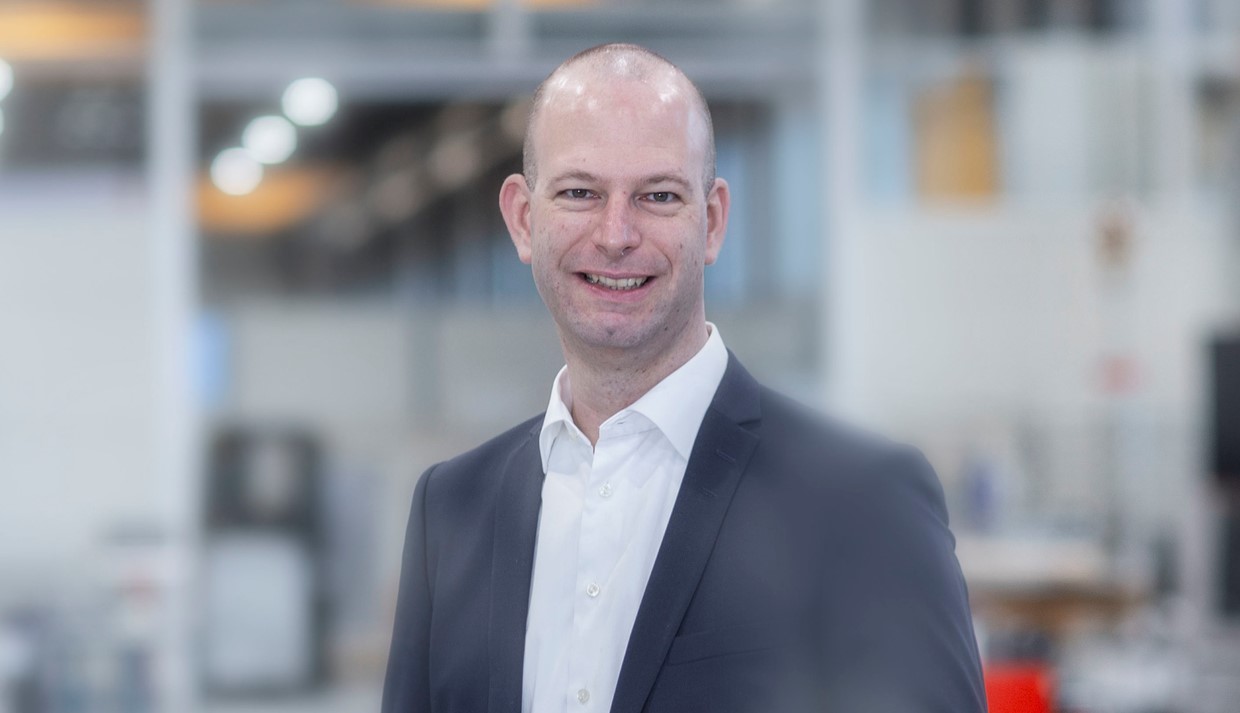 Master’s degree in business administration and economics, MBA, born in 1980, an Austrian national. Florian Wimmer was appointed Chief Marketing Officer in July 2021. In this role, he is responsible for all global marketing activities related to products, services, and software, with the objective of analyzing the customer journey and improving customer satisfaction. Prior to joining Bystronic, he held various positions with Hilti AG in the United States, the UK, and Germany. He has extensive marketing and sales experience focused primarily on product portfolio management, customer segmentation, sales steering, sales transformation, and marketing automation. 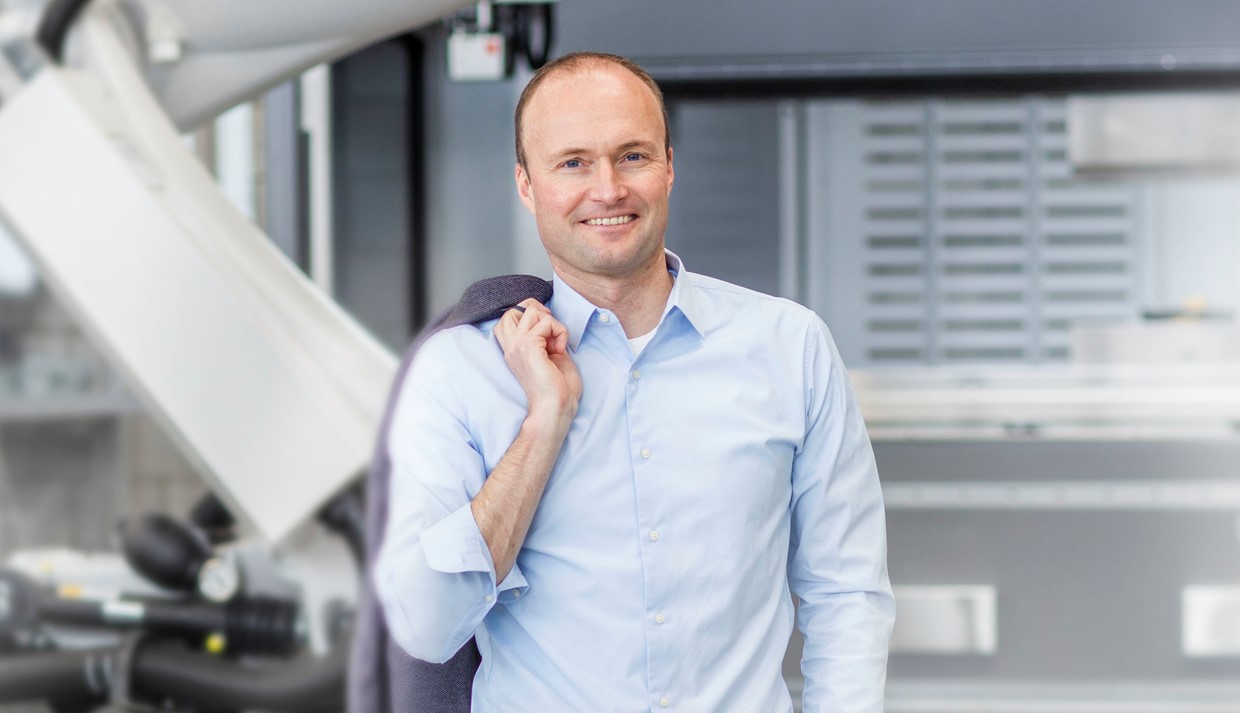 PhD, born in 1979, a Swiss national. Dr. Christoph Rüttimann joined Bystronic as Chief Technology Officer (CTO) in November 2017. In this position, he is responsible for the group’s development and innovation activities. Prior to joining Bystronic, he served as Head of Customer Applications and Head of Research & Development, most recently for Trumpf Laser Marking Systems AG. With more than 15 years of experience, Christoph Rüttimann has extensive expertise in the fields of mechanical engineering and technology management. He is also a member and, since January 1, 2022, Vice President of the Innovation Council of Innosuisse, the Swiss Innovation Agency. 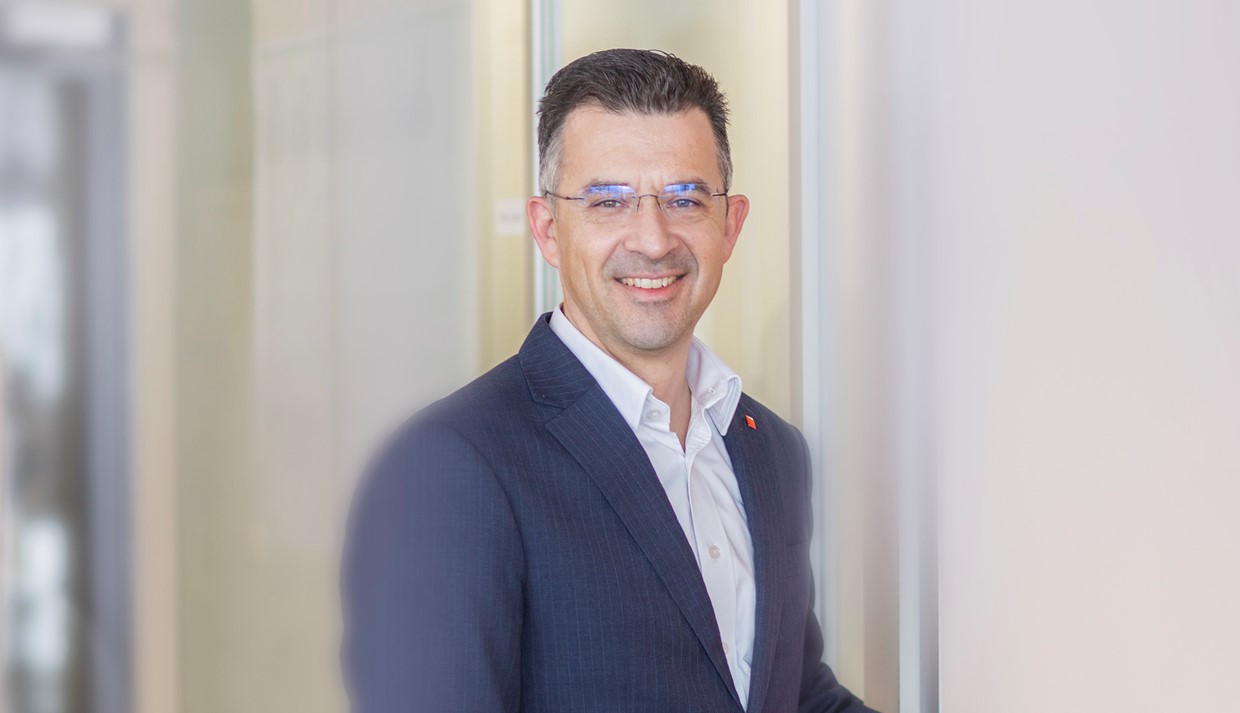 Operations and production engineer HTL, business administration engineer FH, born in 1973, a Swiss national. Marco Vinanti has been Chief Operating Officer (COO) since January 2021. He is responsible for all production plants worldwide including the Shared Service Center. Previously, he was in charge of Bystronic Laser AG and responsible for the Competence Center Cutting since 2015. He joined the company in 2010 as Head of Production. Prior to this, he held various senior positions in the power tools, medical devices, and mechanical engineering industries. His expertise covers all aspects of leadership relating to strategy, operations, business excellence, as well as project and product management. 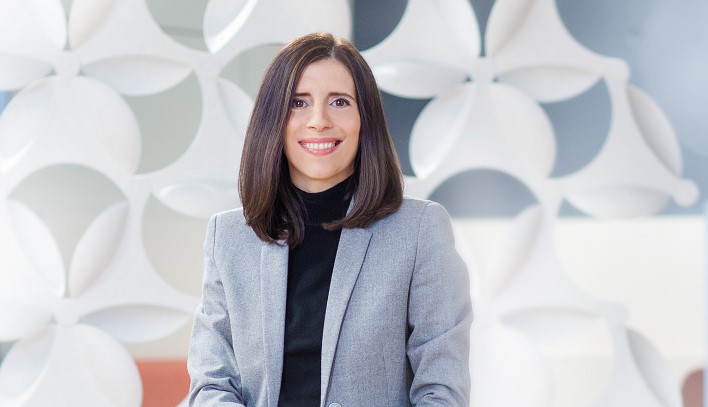 Doctorate in business administration, a Portuguese national. Dr. Marie José Estevão was appointed Chief Transformation Officer in September 2021. In this role, she is responsible for the organizational transformation, strategic innovation, and the corporate development of the Bystronic Group. Prior to joining Bystronic, Dr. Marie José Estevão led the strategy process and corporate transformation of the ebm-papst Group. She started her career in the field of management consulting. For more than ten years, she has been active in various areas of corporate transformation and has gained experience in various sectors – from the chemical and process industry to industrial services and consumer goods.

4.3. Rules contained in the Articles of Association relating to the number of permitted activities under Art. 12 para. 1 sec. 1 OaEC

According to Art. 28 of the Articles of Association of the company, no member of the Executive Committee1 may accept more than four mandates, including no more than two in companies listed on the stock exchange. Any such mandate must be approved by the Board of Directors.

These restrictions do not apply to:

Mandates are understood to be appointments to the highest management body of a legal entity that are subject to registration in the Commercial Register or an equivalent foreign register. Mandates in different legal entities under joint control or with the same economic beneficiary are regarded as a single mandate.

Bystronic AG has not concluded any management contracts with companies or natural persons from outside the group.

5. Compensation, shareholdings and loans 3. Board of Directors
© Bystronic AG, Switzerland